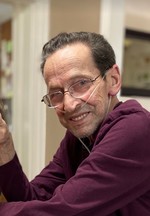 Collis P. Whitaker, age 73, of Cynthiana, passed away April 9, 2020 at his residence surrounded by family. He was born in Harrison County on March 5, 1947 to the late Russell V. Whitaker and Martha E. Fryman Whitaker.
Collis was a Staff Sergeant in the United States Air Force Vietnam Veteran where he served from 1966 until 1972. He was stationed in Fayetteville, North Carolina until he was deployed to Vietnam. Collis also served as Crew Chief in the Blind Bat Operation.
He is preceded in death by his parents, Russell and Martha Whitaker; a daughter, Melissa Kay Whitaker and a sister, Sonja C. Olin.
Collis is survived by his wife of forty-four years, Rosemary Whitaker; his daughter, Dee Anne Abrams and her husband, Brandon; two grandchildren, Cadence White-Abrams and Colton Abrams; three brothers, Kenneth L. Whitaker, Mitchell T. Whitaker and Kelly Joe Whitaker and two sisters, Leta L. Latimer and Shelly L. Evans.
Due to the circumstances in our community, the family has decided to have services at a later date. Ware Funeral Home will post an update with funeral services as soon as they become available.
In lieu of flowers, contributions may be made to Bluegrass Care Navigators, 1317 US Highway 62 E, Cynthiana, Kentucky 41031. View and sign the guestbook at www.warefuneralhome.com