To share your memory on the wall of Darrin Wagoner, sign in using one of the following options:

Receive notifications about information and event scheduling for Darrin

We encourage you to share your most beloved memories of Darrin here, so that the family and other loved ones can always see it. You can upload cherished photographs, or share your favorite stories, and can even comment on those shared by others.

Posted Aug 11, 2020 at 10:10pm
We rode together a few times, but nothing like that first day. It was the best. Your ridin those streets made of gold, fly high my friend. Until we meet again.
Your friend always, Lisa
Comment Share
Share via:
B

Posted Aug 08, 2020 at 06:36am
Becky and family, I am so sorry to hear about Darrin’s passing. My thoughts and prayers go out to the whole family.
Comment Share
Share via:
TP

So sorry to lose this sweet young man. Praying for all the family. Love Terri 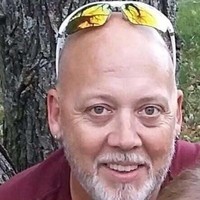