To share your memory on the wall of Nicole Wagner, sign in using one of the following options:

Receive notifications about information and event scheduling for Nicole

There are no events scheduled. You can still show your support by sending flowers directly to the family, or planting a memorial tree in memory of Nicole Spicer Wagner.
Plant a Tree

We encourage you to share your most beloved memories of Nicole here, so that the family and other loved ones can always see it. You can upload cherished photographs, or share your favorite stories, and can even comment on those shared by others.

Posted Apr 25, 2020 at 02:31am
I haven't read the other memories so someone else may have mentioned this already, but my favorite memory of Niki, and the family will know what I'm talking about, is the ugly chair. She made our grandmother laugh at a time I didn't think it would be possible to laugh.
Comment Share
Share via:
LB

Posted Apr 23, 2020 at 10:18am
Niki was a great and kind hearted person. Thank you for serving all your patrons will such kindness. You will be missed. I pray justice will be given you. Gone to soon but never forgotten sweet lady!!
Comment Share
Share via:
R(

Posted Apr 23, 2020 at 07:46am
May you find comfort and peace as you morn the passing of your daughter. My sincerest condolences go out to you and your family.

Posted Apr 22, 2020 at 08:53pm
Niki~ you will be missed, by many. This is so incredibly heartbreaking. I’ve known you for 25+ years, and you were finally really happy. You loved your job, your clientele adored you. I’m so sorry...., you had so much ahead of you. How dare a drunken moron snuff out your flame. We will seek justice. Rest In Peace dear Niki. I’ll miss bringing you a coffee when I’m in for a spray!
~Mona
Comment Share
Share via:
K 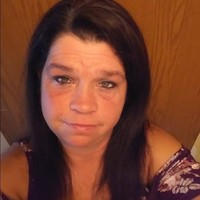