To share your memory on the wall of Odella Franklin, sign in using one of the following options:

Receive notifications about information and event scheduling for Odella

There are no events scheduled. You can still show your support by sending flowers directly to the family, or planting a memorial tree in memory of Odella Gaunce Franklin.
Plant a Tree

We encourage you to share your most beloved memories of Odella here, so that the family and other loved ones can always see it. You can upload cherished photographs, or share your favorite stories, and can even comment on those shared by others.

Posted May 29, 2020 at 06:39pm
Me Odella’s church, her neighbors, family and friends will surly miss this lady. She was more than a neighbor to me, she was family. She never wanted to ask for help but was always there to offer her help when needed. I don’t know what I would have done without her when I broke my arm. She helped my in so many ways. I already miss her riding to church with me and I miss seeing that little white head walking pass on her daily walk. I cherish knowing her and I can just hope to seeing her again with our God.
Sandi Norris

Posted May 27, 2020 at 03:04pm
Paris church of Christ members will greatly miss Mrs. Odella's presence and smile. She loved everyone at church and was so thoughtful to give children candy at holidays. She loved to visit in church members' homes for meals and special occasions.
Comment Share
Share via:

Posted May 24, 2020 at 06:16pm
Dixie, Will, and Abby will dearly miss her. They affectionately call her Grandma Candy as she always had candy for them. We all enjoyed our visits with her. She had a wonderful loving spirit. She will be missed by our family. You are in our prayers at this time.
Brian and Miriam Reese
Comment Share
Share via: 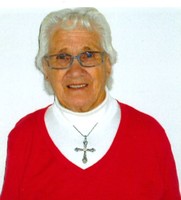 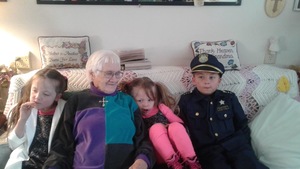