To share your memory on the wall of Gloria Settle, sign in using one of the following options:

Receive notifications about information and event scheduling for Gloria

We encourage you to share your most beloved memories of Gloria here, so that the family and other loved ones can always see it. You can upload cherished photographs, or share your favorite stories, and can even comment on those shared by others.

Posted Jan 16, 2020 at 07:53pm
I surely will miss her. I rode to school with her to Belfry High School 🏫. We were great friends back then. I will miss her along life’s road. I think about here ever so often. Love you 😍 Faye. RIP and Fly High my beautiful friend. Teresa Maynard
Comment Share
Share via:
SH

Posted Jan 14, 2020 at 09:43pm
I only knew you for a short period of time through Ben and Sabrina, but you helped me though so much. You became a friend to me and I will never forget you and your sweet smile. I love you Faye.
Comment Share
Share via:
JM

Jordan Maynard purchased flowers for the family of Gloria Settle.

Posted Jan 14, 2020 at 07:57pm
I am so very sorry for this families loss...May you rest in peace Faye I love all of you children as I have watched you grow up over the years...GOD BLESS ALL OF YOU
Comment Share
Share via:
PC

Posted Jan 14, 2020 at 05:58pm
So sorry to hear this! She was a wonderful nurse, gave great care to several family members, when she was at PMC. Love to her family!
Comment Share
Share via: 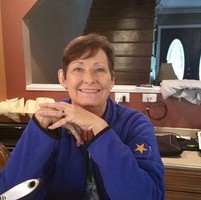