To share your memory on the wall of Jerry Burkette, sign in using one of the following options:

Print
**ATTENTION!**
**READ BELOW FOR CHANGE IN SERVICES**

Jerry Wayne Burkette Sr., age 82, of Cynthiana, Kentucky passed away March 14, 2020. He was born in Graniteville, South Carolina on May 20, 1937 to the late Furman Burkette and Eunice Warren Burkette. Jerry proudly served twenty-seven years as a Naval Intelligence Officer and retired as a Commander in the United States Navy.
Besides his parents, he is preceded in death by his wife, Bonnie LeMay Burkette and his sister, Barbara Bailey.
Jerry is survived by his son, Jerry “Jay” Wayne (Elizabeth “Libbie”) Burkette Jr.; his daughter, Cheri Lynn (Michael) Bowen and six grandchildren, Lyndsey Burkette, Nicolas Burkette, Michaela (Jackson) Lin, Marie Bowen, David Bowen and Nathan Bowen.
A private family ceremony with full military honors will be conducted at the Kentucky Veterans Cemetery West, 5817 Fort Campbell Boulevard, Hopkinsville, Kentucky 42240 on Monday, March 23rd at 11:00 AM by Bro. Bob Jones with burial following. A celebration of life will take place at a later date for family and friends.
Pallbearers will be Jerry Wayne Burkette Jr., Michael Bowen, Nicolas Burkette, David Bowen, Nathan Bowen and Jackson Lin.
In lieu of flowers, contributions may be made to Covenant Presbyterian Church, PO Box 223, Cynthiana, Kentucky 41031 or to the Bible Baptist Church, 3102 Prospect Circle, Clarksville, Tennessee 37043. View and sign the guestbook at www.warefuneralhome.com
Read Less

Receive notifications about information and event scheduling for Jerry

We encourage you to share your most beloved memories of Jerry here, so that the family and other loved ones can always see it. You can upload cherished photographs, or share your favorite stories, and can even comment on those shared by others.

Posted Apr 19, 2020 at 01:18am
Dearest Cheri and Jay, sorry to hear about your dad. Remember many things. His leading the singing at Lanakila and visiting your folks in Clarksville many years ago. Love ya, Bill, Betty Lim and family
Comment Share
Share via:

Posted Mar 18, 2020 at 08:27pm
The Burkette Family was our lifeline as a young family to arrive in Hawaii not knowing a soul. Jerry loved on our children and became a wonderful surrogate granddad! Such a great mentor for the Men he came in contact with! Loved him so much!
Such an honorable guy! See you in Heaven, Mike & Sharon Threet
Comment Share
Share via:
P

Posted Mar 18, 2020 at 08:27pm
So sorry for the loss of his presence but rejoice for him to be in the presence of the Lord he loved and served.. My husband thought the world of Jerry and loved to hear him sing. We had him sing at Art's funeral and was a blessing. Prayers for the Lord's comforting arms about you.
Comment Share
Share via: 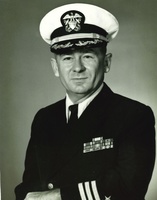 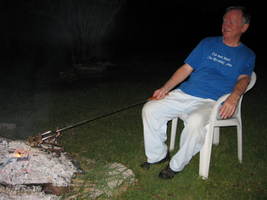 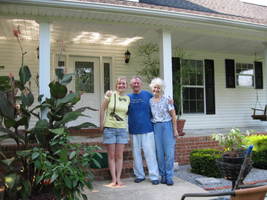 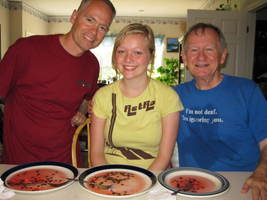