To share your memory on the wall of Joyce Courtney, sign in using one of the following options:

Receive notifications about information and event scheduling for Joyce

We encourage you to share your most beloved memories of Joyce here, so that the family and other loved ones can always see it. You can upload cherished photographs, or share your favorite stories, and can even comment on those shared by others.

Posted May 12, 2020 at 09:13am
Joyce was always so pleasant to talk to. We worked together on the Cynthiana High School reunion committee and had so much fun. She always had a smile on her face and was very complimentary. She will be missed by her classmates as well as her family. So sorry for your loss of such a sweet gal.
Comment Share
Share via:
KW

Posted May 02, 2020 at 11:11am
So sorry to hear of Joyce’s death. Glad to have been her friend for many years. Wonderful person. Sympathy to her family.
Comment Share
Share via: 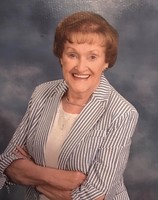